Can Zoro defeat Doflamingo in Dressrosa?

What if Zoro was forced to fight Doflamingo in Dressrosa in One Piece?

In Dressrosa, Zoro confronted Pica. In that battle, your challenge is to chase him. During the fight, Pica is constantly moving and causing trouble for characters weaker than him such as Riku Doldo III. When actually dueling, Zoro defeated Pica in just one hit.

What if he had to fight Doflamingo? Can Zoro defeat him?

1. There are Zoro’s moves that will help him counter Parasite 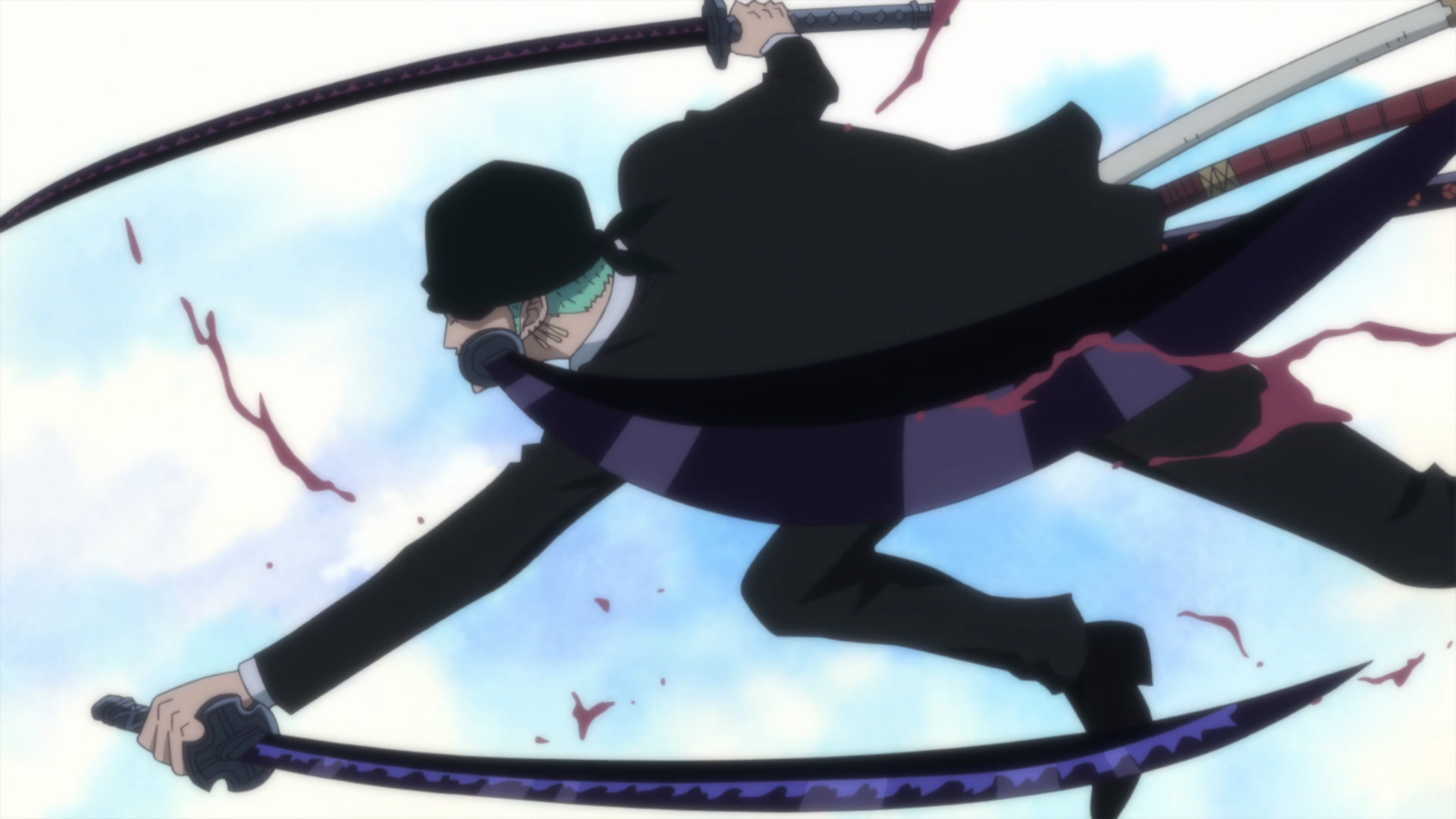 With extremely powerful techniques that enhance Zoro’s physique in One Piece like Ichi Gorilla, Ni Gorilla, or even activating Ashura will help him escape Doflamingo’s Parasite technique.

Doflamingo’s dangerous technique is Parasite. With it, he can control a person. Doflamingo can even control the Vice Admiral. It is very difficult to fight him, as Doflamingo can also create silk puppets that look like himself and control it.

Despite this, Luffy shows that the Parasite can be destroyed. He succeeded by using Gear 4 Boundman. Zoro’s physical enhancement techniques such as Ichi Gorilla, Ni Gorilla, or even activating Ashura will allow him to escape Parasite.

Therefore, I still feel that Doflamingo cannot end the fight just by using Parasite or using techniques like when he fought Sanji. By the way, I think Sanji is actually better at keeping up with Doflamingo’s speed, since he can move both on land and in the air. Unfortunately, Sanji doesn’t possess any physical strength-enhancing techniques like Zoro or Luffy, so once he’s trapped by Doflamingo, he’ll definitely be in trouble.

Doflamingo makes it difficult for Zoro by always keeping his distance, then attacking from many different directions, when using awakening power, Zoro will have more difficulty, what attacks him are threads

However, Zoro’s challenge against Doflamingo is the opponent’s mobility. Doflamingo is agile and can move freely thanks to his threads.

The problem is that compared to Luffy or Sanji, Zoro’s mobility isn’t as good as theirs. It can be said that he still has limitations such as not being able to fly. When he wanted to cut Pica, Zoro needed Orlumbus’ help.

If he had to fight Doflamingo alone, he could make it difficult for Zoro by keeping his distance, jumping wildly, then attacking him from various directions. When Doflamingo uses the awakening power, Zoro will have more difficulty. Doflamingo can stay still, while what attacks Zoro are the threads.

Zoro also cannot attack from a distance. Doflamingo’s Observation Haki will definitely help him dodge attacks the moment his opponent launches them.

3. Even so, Zoro will fight seriously, using all the techniques he learned from Mihawk

After the timeskip in One Piece, up until Dressrosa, Zoro has never seriously fought with anyone, so if the enemy is Doflamingo, I don’t think he will hide his full power anymore.

However, since returning to Sabaody until Wano, Zoro has never fought seriously. If the enemy was Doflamingo, I don’t think he would hide his power anymore. Zoro’s techniques, including Ashura that he rarely uses, Zoro will use anything to fight!

4. Hypothetically Zoro will lose, but Doflamingo is also injured

Doflamingo will win, then Zoro uses his full power and slashes when he gets close, Zoro in the face of his opponent’s multi-directional attacks will be defeated, since he can’t dodge the thread like Luffy

I still think that Zoro’s mobility is what limits his abilities. Once Doflamingo begins to “fly” and use his awakening powers, Zoro can be injured, while Doflamingo continues to keep his distance.

My prediction is that this matchup will initially be Doflamingo winning. Zoro then used his full power and slashed when he got close to him.

That moment results in Doflamingo getting injured, possibly like when Luffy defeated him with Gear 4, and he will use his awakening powers to attack Zoro from multiple directions.

In the end, Doflamingo was injured, but Zoro was defeated when faced with multiple attacks from his opponent, as he couldn’t dodge the threads like Luffy’s Gear 4.

5. Another theory is that Zoro can win, but he has to be helped

The way Zoro can defeat Doflamingo in One Piece is that someone has to support him when fighting with Doflamingo’s awakening power, for example Orlumbus or Bartolomeo creating a barrier.

But can Zoro win? Since his techniques are really strong, I think Zoro can win. Even so, he couldn’t do it alone. Someone must assist Zoro while fighting the awakening power of Doflamingo, such as Orlumbus or Bartolomeo creating a barrier. Or at least someone had to distract Doflamingo so that Zoro could approach and attack him.

Another way for Zoro to win is for Doflamingo to decide to fight him without using any tricks. But this is definitely not his usual style.

It was an analysis of whether Zoro could defeat Doflamingo at Dressrosa. What do you think?

>>> Check out the latest news about One Piece movies/story here.