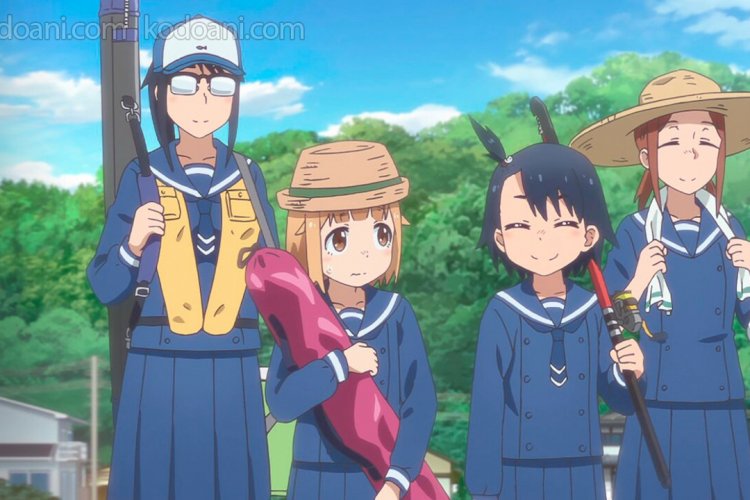 Kodoani.com – This year’s February issue of Akita Shoten’s Young Champion Retsu magazine announced on Tuesday that the manga Diary of Our Days at the Breakwater (Hōkago Teibō Nisshi) by Yasuyuki Kosaka will get a live-action series adaptation in early summer.

Kosaka launched the manga in Young Champion Retsu magazine in February 2017 as his first series. The manga went on hiatus twice in 2020 and resumed publication in April 2021. Akita Shoten will publish the manga’s 10th compiled book volume on February 20.

The TV anime adaptation of the manga premiered in April 2020. The anime began airing again in July 2020 after a delay due to COVID-19.

Based on the manga of the same name by Yasuyuki Kosaka, the series follows Hina Tsurugi, a freshman student who moves to a seaside town. While Tsurugi is a “house kid” who enjoys things like arts and crafts, she’s suddenly drawn into the world of fishing when an older student, Yuuki Kuroiwa, invites her to join the club. School fishing set.

The manga has more than 1 million copies in circulation.