The Last Of Us will bring a new breath to the zombie movie genre, especially after the monument The Walking Dead has officially ended after 12 years of broadcasting.

Post-apocalypse – zombie (zombie) is not a new topic in the world of cinema and television. However, this is still a “fertile ground” for filmmakers, because the attraction of this genre is great and can easily bring them lucrative profits.

HBO is no exception. That’s why they decided to develop the TV project The Last Of Us, which is adapted from the famous video game series of the same name by developer Naughty Dog. Considering the resounding success of the original, The Last Of Us deserves to be one of the most anticipated series in 2023. And the new trailer announced by HBO makes fans even more excited and excited.

Compared to the short teaser that HBO announced 2 months ago, this trailer has given the audience a more overview of the script of The Last Of Us, which is advertised as sticking very closely to the plot. of the original.

Joel Miller (right) and Ellie Williams are the two central characters of The Last Of Us (Image: HBO)

The main character of this series is Joel, a smuggler operating in a quarantine area in Boston, Massachusetts, in the context of a zombie pandemic that has covered almost the entire United States. In a business deal, Joel accidentally meets Ellie, a girl who seems to be very ordinary but is the key to helping humanity escape this terrible pandemic.

The trailer above also revealed one of the most important details of The Last Of Us: It is that Ellie is completely immune to the disease and is not transformed into a zombie like the others. After going through many troubles, Joel reluctantly had to take Ellie to the base of Fireflies, a rebel organization specializing in fighting against the government in isolated areas, to research and prepare medicine.

The journey of Joel and Ellie is at the heart of The Last Of Us. The “journey” here is not only the thrilling and fierce adventures that they have to go through, but also the process of two strangers becoming attached and trusting each other unconditionally amidst the post-apocalyptic context. fraught with difficulty and hardship. In the trailer above, it can be seen that the relationship between Joel and Ellie has come from the position of “carrier – item” and gradually developed into a noble and sacred emotion, like fatherhood. .

The Last Of Us will bring a lot of different types of zombies (Image: HBO)

The latest trailer for The Last Of Us has also revealed some scary zombie species that will appear in this series. In the original, the zombie pandemic originates from the fungus Cordyceps, which has the ability to parasitize people’s brains, causing them to gradually lose consciousness and become scary walking corpses. Similar to other zombie movies, this disease can be transmitted at breakneck speed through just one bite.

However, the zombies of The Last Of Us are somewhat more complicated and are divided into different levels, depending on the length of time that the Cordyceps fungus parasitizes humans. Which includes: Runner, Stalker, Clicker, Bloater, Shambler and Rat King.

Runners are new to the transformation process, have extraordinary running speed but are quite slow to attack, and often attack their victims in swarms. Stalkers are people who have been infected for 2 weeks to 1 year, often hiding in the dark or clinging to walls to monitor, stalk victims and surprise attacks.

Clicker and Bloater will be included in the first season of The Last Of Us (Image: HBO)

Clickers are people who have been infected with Cordyceps fungus for at least 1 year and spread throughout the body. They possess superior strength and can easily defeat their prey in close combat. Meanwhile, Bloater are victims who have been infected for many years, their bodies become sluggish and lose their sight. In return, they are very strong and can extract fungal spores from their bodies to make bombs and throw them at enemies. Clicker and Bloater were both revealed in the trailer for The Last of Us, with a design quite similar to the design in the original series.

Shamblers are also people who are infected for many years, but usually live only in rivers, lakes or wet areas. They can create large mushroom clouds to attack and cause acid burns to their prey. When destroyed, the Sambler will explode and release Cordyceps mushrooms into the air, as a final suicide attack.

Rat King is a special period when the victim has been infected for more than 20 years, formed by combining many zombies together. Rat King has a massive size, and comes with a tremendous power that ordinary people have almost no chance to oppose.

The Last Of Us will exploit the content of both the original game and some expansions (Image: HBO)

Regarding the cast, the two main roles of The Last Of Us, Joel Miller and Ellie Williams, will be played by Pedro Pascal and Bella Ramsey. Accompanying them are some other names such as Gabriel Luna (Tommy Miller, Joel’s brother), Merle Dandridge (Marlene, commander of the Fireflies), Anna Torv (Tess, Joel’s smuggling partner), Ashley Johnson (Ann Williams, Ellie’s mother), and several other actors.

Craig Mazin, the genius screenwriter behind HBO’s Chernobyl series, is in charge of the script for The Last Of Us, with help from Neil Druckmann, the game version’s creative director and screenwriter. This series will explore the events that occurred in both games and some expansions (DCLs), including Left Behind.

The first season of The Last Of Us will start airing on January 15, 2023 with a total of 10 episodes. 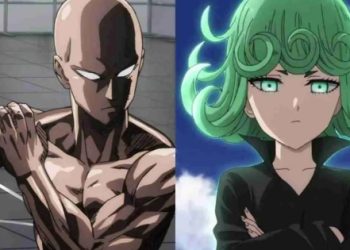