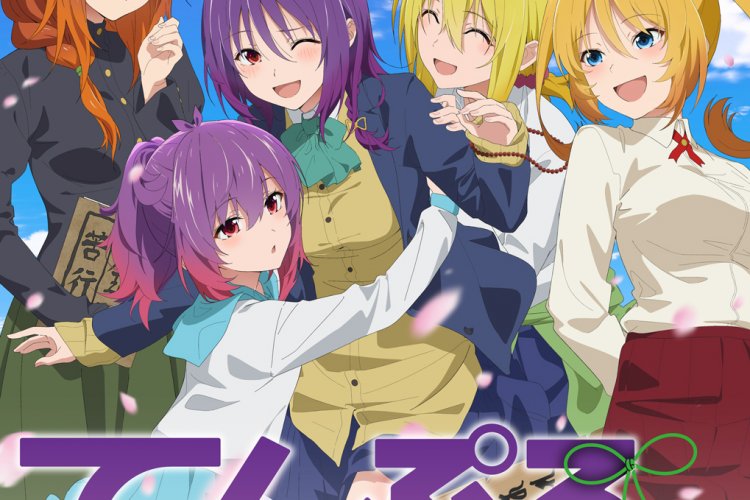 Kodoani.com – A website launched on Wednesday to announce an anime adaptation of the manga TenPuru -No One Can Live on Loneliness- by Kimitake Yoshioka. The website also revealed the main voice cast, staff, first teaser, and first main visual of the anime.

Yoshioka also drew an illustration to commemorate the announcement.

Kazuomi Koga (Kubo Won’t Let Me Be Invisible, Rent-A-Girlfriend) is directing the anime at Gekkō. Masato Katsumata (The Quintessential Quintuplets the Movie, The Dangers in My Heart) is designing the characters, and Yōhei Kashii (My One-Hit Kill Sister) is in charge of the series scripts.

That’s right. I will become a monk!

Not knowing what to do with her worldly desires, Akagami Akemitsu aims for a stoic life. However, his karmic blood wouldn’t allow it