After a year of 2022 with many great successes, the anime village in 2023 continues to present the audience with a promising “party” of Japanese animation. In particular, the highlight is the re-emergence of a series of super products with fascinating new stories. Let’s take a look at the sumptuous party not to be missed by Japanese animation 2023!

After creating a buzz with part 25, the movie title Conan 26: Black Steel Submarine continues to announce its release around April 2023. Accordingly, the film’s story will revolve around resolving the conflict between the detective guy. Conan, the girl Haibara and the Black Organization. The trailer also reveals that Conan will directly confront the core of the Organization – Gin this time. At the same time, the secrets of the mysterious organization and the past of her friend Haibara will also be revealed.

After taking the world by storm with its first season and prequel, the Jujutsu Kaisen – Jujutsu Kaisen franchise will finally return with season 2 in the summer of 2023. The anime title will reveal more about Satoru Gojo and Suguru Geto as a student. At the same time, their past relationship will also be revealed.

The Demon Slayer Sword brand will officially return to the Japanese animation village in mid-2023. In the recently released trailer, 2 characters from the ranks of demon slayer soldiers will appear and promise to become the focus of the show. The story of the film is Ha Tru Muichiro, who is only 14 years old, known as a sword wielder for a short time but has become the Pillar and Charming Pillar Mitsuri, who possesses beautiful sword lines.

Zom 100: Bucket List Of The Dead – 100 Things I Will Do Before Becoming a Zombie is one of the most anticipated Japanese anime titles in 2023. The title is adapted from the manga of the same name by Haro Aso, the father. birth of the blockbuster Alice in Borderland. The story follows Akira Tendo, an office worker whose life is like a zombie, when he is in a state of financial and mental exhaustion. However, one day, Tendo wakes up and discovers that zombies have overrun his entire city. However, instead of feeling scared, Tendo felt like truly living for the first time in years.

It’s no exaggeration to say that Bleach: The Thousand Years of Blood is one of the franchises that resonated the most in 2022. After fans waited more than a decade to see the final installment of their original comics. Tite Kubo was adapted into a Japanese animated film, the new film has partly met and even exceeded the expectations of the audience. Now, part 2 of this franchise has also quickly become one of the projects to be released in 2023.

Attack on Titan is also on the list of animated titles most expected to reappear in 2023 after many times “fooling” the audience with the announcement of “final season”. It is known that the final part promises to have a lot of “spins” that will surprise all audiences and original fans. Let’s wait and see if the ending of this cartoon title is different from the original! 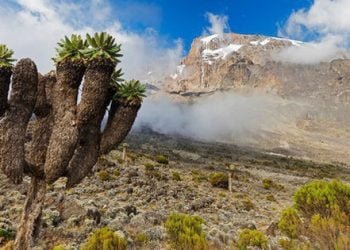