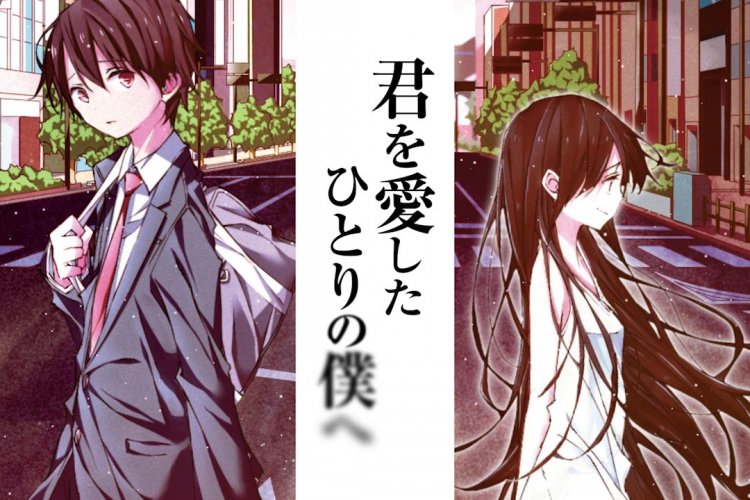 Kodoani.com – Vietnamese film distributor Lotte Cinema announced on Tuesday that it will screen animated films Boku ga Aishita Subete no Kimi e (To Every You I’ve Loved Before) and Yomiji Otono’s Kimi o Aishita Hitori no Boku e (To Me, The One Who) premiered in Vietnam on February 10.

Each film has different directors and animation studios. Jun Matsumoto (Brothers Conflict, Night Raid 1931) directed Boku ga Aishita Subete no Kimi e at BAKKEN RECORD. Kenichi Kasai (Honey and Clover, Nodame Cantabile, Amanchu!) is directing Kimi o Aishita Hitori no Boku e at TMS Entertainment. Riko Sakaguchi (The Tale of the Princess Kaguya, Mary and The Witch’s Flower) wrote the scripts for both films, and shimano has been credited for character design ideas for both films. Takashi Ohmama (Castle Town Dandelion, Dances with the Dragons, Mobile Suit Gundam: The Witch From Mercury) composed the music for both films.

Otono released two sci-fi romance novels on the same day in June 2016. Both are complementary, but readable in sequence. The books take place in a world where traveling to parallel worlds is a normal, everyday occurrence.

Boku ga Aishita Subete no Kimi e revolves around Koyomi Takasaki, a boy who lives with his mother after his parents divorced. He tries to make friends at his new college prep school, but his social awkwardness combined with the study-focused atmosphere keeps him from succeeding. One day, his classmate, Kazune Takigawa, approaches him and tells him that she is actually from World Line 85, where she and Koyomi are lovers.

Kimi o Aishita Hitori no Boku e revolves around Koyomi Hidaka, a boy who lives with his father after his parents divorced. He meets a girl named Shiori Satō at his father’s research laboratory, and they begin a relationship that slowly turns into love. But everything changes when their parents decide to marry each other and they decide to move to a parallel world where they are not step-sisters.