Naruto: Has the cycle of reincarnation ended in the era of Naruto – Sasuke?

The first known cycle of reincarnation was that of Ashura and Indra, followed by Hashirama Senju and Madara Uchiha. Will this round be over at Naruto and Sasuke then?

The Fourth Great Ninja War finally ended with Naruto and Sasuke successfully sealing Kaguya and defeating Madara. However, whether the cycle of feud between two powerful forces that has existed for generations from Hagoromo Otsutsuki’s two sons to Naruto and Sasuke’s current end is still unknown.

Hagoromo, more commonly known as the Sage of the Six Paths, appeared in the Shinobi world to explain to the four former Hokage about reincarnation. The first known pair of opposites of the cycle of transmigration was Ashura and Indra, which was then passed on to the times of Hashirama Senju and Madara Uchiha.

This can be considered the greatest achievement that even Madara and Hashirama could not complete. Naruto persisted in convincing Sasuke to show that Naruto cared about him and didn’t want Sasuke to turn into a bad guy. On the other hand, Sasuke also went through countless life-and-death battles with Naruto to realize his mistake and decided to put aside his hatred to make peace with Naruto.

After Boruto: Naruto’s Next Generation aired, fans assumed that Boruto and Sarada would be the next reincarnations of Ashura and Indra. However, then the possibility of this actually happening is completely impossible. First, the cycle of reincarnation only started when the previous generation, specifically Naruto and Sasuke, were both dead. Secondly, with the current situation, there is almost no reason why Boruto and Sarada can become arch-rivals.

Furthermore, the Black Zetsu, which symbolized the will of Kaguya Otsutsuki, was also gone. He was the factor that provoked the rivalry of Ashura and Indra to confront each other, leading to an insoluble conflict between the Uzumaki and Uchiha clans until now. Even the 4th Shinobi War happened partly because of him. However, during the war, Naruto and Sasuke successfully sealed Kaguya and also erased his existence on earth.

>> MORE: Naruto: between Itachi and Sasuke, who is the more perfect Uchiha clan?

In the present era, Naruto as the Seventh Hokage and Sasuke as the first Shadow Hokage are best friends who lead Konoha and who ended the cycle of fate. Therefore, from now on, the descendants of the two sons of the Six Dao Sages will no longer exist and the rivalry between these two powerful clan forces will also end.

Follow MGN.vn to update Naruto information as soon as possible 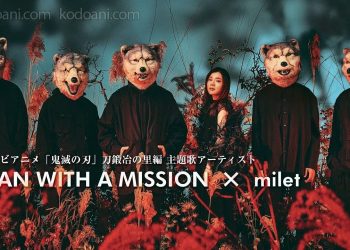 Man With a Mission and milet will perform the opening song of Kimetsu no Yaiba Swordsmith Village.