No one can beat “Super Gunner” Uzi

As one of the top mid laners in the LCK, Chovy’s choice of a “veteran” giant in the LCK like Gen.G as a new destination has caused a lot of media coverage. Although looking at the individual achievements at the present time of the player born in 2001 is not too outstanding. But judging from the aspect of talent and youth, Chovy has plenty.

The most important thing is to wait and see how Gen.G will use this trump card next year. Will Gen.G regain the glory that has eluded this team for so long when possessing the “Golden Backbone” of the LCK? The answer will probably only be when LCK Spring officially kicks off in the near future.

For LCS fans, Søren “Bjergsen” Bjerg is a living legend of the LCS in general and TSM in particular. As a mid laner for TSM, he has lifted the LCS title six times with the team. After deciding to retire Bjergsen is back in a coaching role for this very team in 2021. The eight-year stint at the same organization shows how much loyalty he has for TSM. . Therefore, when Bjergsen decided to join TL, this deal was no different from an “explosion”.

In the new season, Bjergsen will face the old team. And surely, his fans as well as TSM’s will have mixed feelings. Especially in this case, Bjergsen helped TL beat the team that he was with during the peak of his career. 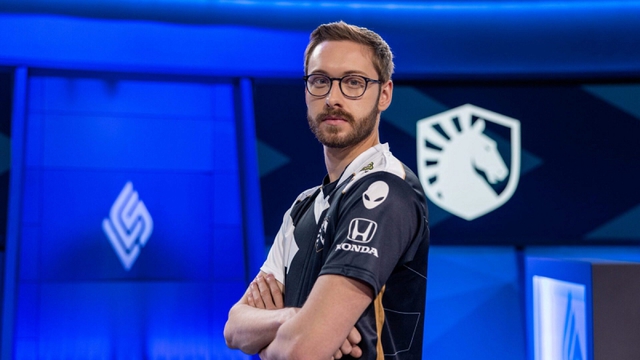 Martin “Rekkles” Larsson is known as the LEC’s “Super ADC”. Rekkles is not only a famous player, but also a representative face of the whole European League of Legends over the years. In addition to four domestic titles, the Swede’s bot lane has made it to Worlds six times, especially in Worlds 2018, where he went all the way to the finals with Fnatic.

In fact, the fact that the Swedish guy joined Karmine Corp is not necessarily a step backwards in his career, when this team is still in the European Regional Federation. Therefore, it is possible for them to participate in the LEC in the future. However, KC definitely cannot compare to the top teams in the LEC and Rekkles’ decision is right or wrong, perhaps only time will tell.

Rekkles is relegated to the European 2nd division

Uzi’s return can be considered as one of the most important events of the upcoming 2022 LPL season. Regarded as the world’s number 1 ADC, a legend of Chinese League of Legends, Uzi has returned to professional play after retiring due to health problems as well as contract controversy with Royal Never Give Up. .

Uzi is back in the color of Bilibili Gaming

This is considered good news for the world LoL community in general and the LPL community in particular. However, it is possible that BLG will not let Uzi play full-time. With a player who is stepping on the other side of the slope of his career, plus injuries, Uzi is likely to both alternate with Doggo and combine training and lead this young player in the upcoming professional journey. coming, in an environment that is certainly many times harsher than PCS.

On the eve of Worlds 2022, RNG got into a lot of trouble from the ‘old man’ Mlxg

Bomman and Minh Nghi’s wedding has any famous KOLs participating?

Valorant encountered a server error, unable to invite you to the party

Chinese newspaper thinks that Faker is too arrogant to underestimate EDG