Ruler refused a salary of 40 billion from Gen.G, the LCK teams spent a lot of money for the 2023 season

Former coach H Dragon continues to reveal remarkable information about the salaries of players in the LCK in 2023.

To prepare for the 2023 season, the Korean League of Legends teams had an exciting transfer window with a series of “blockbuster” being exploded. Up to now, most of the above teams have basically completed their official lineups.

There have been many unexpected developments such as Ruler leaving Gen.G, Hanwha Life Esports forming a “super team” or, most recently, Faker extending his contract with T1 for up to 3 years. Obviously, the investment level of the LCK teams for this new season is really significant.

In a recent stream, former coach H Dragon partly explained to the community about the salary and bonus issue in the LCK, especially the top stars. Accordingly, Gen.G really wants to keep Ruler and has launched a contract with a salary of up to 2 billion won / year (equivalent to 37.6 billion VND). However, there were problems between the two sides and in the end, this veteran ADC chose to go abroad to play in the LPL.

With the retention of Faker with a record contract, it is not difficult to understand that T1 has the team with the largest salary fund in the LCK. In second place is DWG KIA, this team also spent a lot of money to get Deft’s service. Meanwhile, HLE’s all-star lineup in third is taken for granted.

And not to mention DRX, it is this team’s inability to keep the stars who have just won the 2022 World Championship that has created a tumultuous transfer window. Initially, many teams had different plans, but when Deft, Zeka, Kingen… became free agents, the recruitment strategy changed completely. 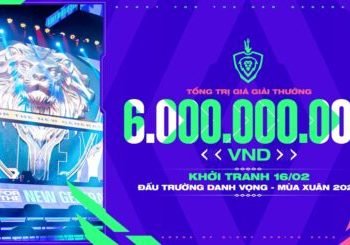