Sensor Tower reported that in November 2022, a total of 43 Chinese manufacturers made the list of 100 global mobile game publishers.

This group has the highest revenue due to the strong sales performance of new games launched by manufacturers such as Tencent and Chaoxi Guangnian in overseas markets. A total of these 43 manufacturers earned $2.07 billion, up 11.3% compared to October 2022, accounting for 40.2% of the total market revenue. The top 100 global mobile game publishers for this period are reported in detail.

Of particular note this report only counts publisher revenue and does not include third-party Android channels in China. The ranking of China’s top 30 mobile game publishers by revenue is published.

Tencent launched the shooting mobile game Goddess of Victory: Nikke in the overseas market in early November. The story setting and combat mechanics were well received by players. In November, the game ranked #1, #3, and #18 on the list of highest-grossing mobile games in Japan, Korea, and the United States, and topped the list of grossing mobile games. largest number overseas, with total sales of more than 100 million US dollars. Thanks to this game, Tencent Games’ revenue in November increased by 20% compared to the previous month, and at the same time ranked 4th in the list of revenue of mobile game publishers in the Japanese market, second only to Konami, Square Enix and Bandai Namco.

Goddess of Victory: Nikke, created jointly by Chinese and Korean manufacturers, is undoubtedly the most popular new game in 2022. Its success in the international market will lead to new competition in the gaming space. mobile.

Version 3.2 of Genshin Impact (miHoYo) was launched on November 2nd and the game revenue reached the highest value this year. The maker’s mobile revenue for November 2022 grew 47% month-over-month, returning to the top three on the global mobile game publisher’s revenue list, behind only Tencent and Activision Blizzard.

Arknights and Mahjong Soul both opened major event updates in the Japanese market, helping publisher Youxing Network’s revenue increase 73% month-on-month, returning to 10th place in the Chinese mobile game rankings. Country. It is worth mentioning that in Japan’s fiercely competitive mobile mahjong market, Mahjong Soul has become the highest-selling title, most loved by young players thanks to its association with the popular manga series. Saki language.

Mobile game sales on China’s App Store are shown in the top 20. Version 3.5 of the Chinese Wild Rift League was released on November 18. New content featuring the arrival of The new character boosted game revenue by 21% month over month.

With the opening of the 3.5th anniversary event, Arknights’ domestic iOS revenue in November increased by 340% from the previous month, and publisher Yingjiao Network also returned to 25th place on the list of home revenue. mobile game publisher.

MiHoYo’s new blockbuster brings good news to gamers on the 3rd day of Tet, this time with both Android and iOS 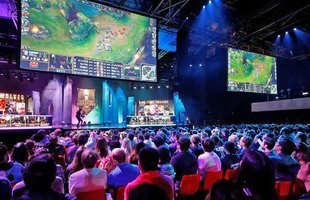 The most anticipated Esports events in the new year 2023

League of Legends was released by Riot and VNG, but 1 game is still missing, even the Fanpage has been renamed

Diablo Immortal had an incident on the 3rd of the New Year, Blizzard could only watch helplessly

A Slight Chance of Sawblades: Another exciting Arcade game has just been released in 2023

Top 10 most anticipated mobile games in 2023