The sad origin of the scariest monsters on the small screen

Godzilla vs. Kong is a movie in the Monsterverse and is loved by many people. Although Kong began appearing in cinemas in 1933 and Godzilla in 1954 in Japan, Warner Bros.’s monster cinematic universe. breathed new life into the story of Godzilla and Kong.

The Monsterverse started with the 2014 Godzilla movie, then Kong: Skull Island in 2017, continued with Godzilla: King of the Monsters in 2019 and the latest with Godzilla vs. Kong in 2021. However, in the films mentioned above there is one thing that is not told, which is the origin of these monsters. Although they have changed over the years, there are two deeply sad origins of Godzilla and Kong that are heartbreaking to hear.

In the limited manga series Skull Island: The Birth of Kong released from April 12, 2017 to November 22 of the same year, a previously unknown story was told, that of the island where Kong was born. its birth and father. The series was written by Arvid Nelson and drawn by Mohammad Yazid (also credited as Zid).

This series tells the story of a secret team of Monarch agents who return to Skull Island to uncover the truth behind Kong and the island it was born on. In doing so, they unlocked the ancient history of monster conflict, witnessing a primordial war between Kong and an otherworldly ecosystem of incredibly dangerous new creatures.

And so why Kong became the last survivor of his species was revealed. After millions of years of fighting the Skullcrawlers, Kong’s parents are the only two living members of the species, and they were present when the Iwi first set foot on Skull Island.

At some point, Kong’s mother became pregnant, but the Skullcrawler threat persisted and she went into labor while on the battlefield. Kong’s parents did their best to protect themselves from enemy attack, and their son was born unharmed during that conflict. 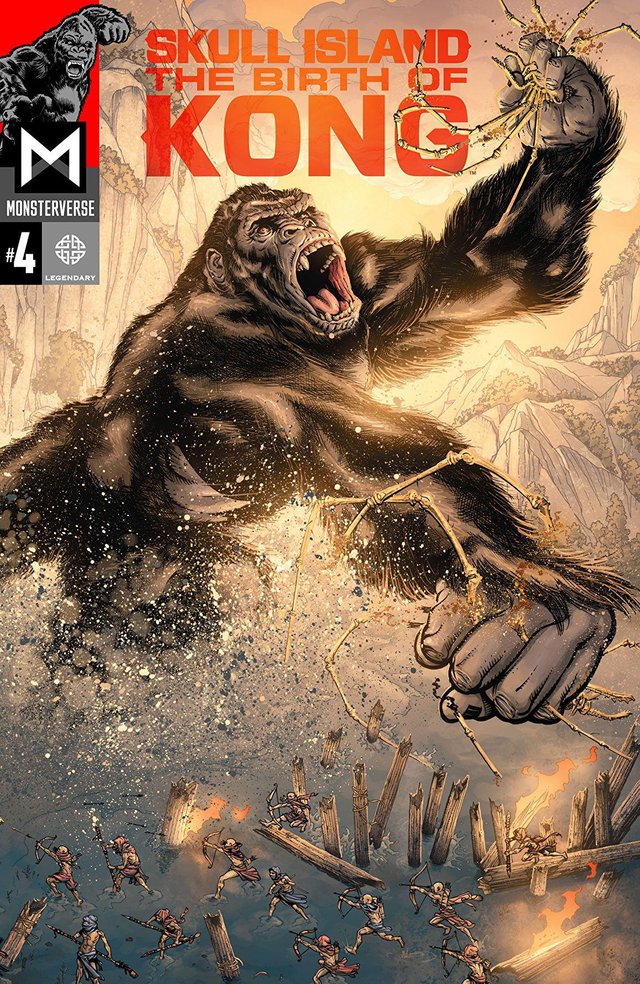 Kong’s mother then “sealed” her baby in a cave before she and her husband were completely defeated by the Skullcrawlers, and Kong watched his parents slaughtered. After the battle, the boy Kong came out of the cave and knelt before the dead body of his parents and cried.

Since that day, Kong has fought to protect the other creatures inhabiting the island from the monsters that massacred his parents, controlled the Skullcrawler’s population and growth, and pushed them deep underground. . In the movie, we can see the skeleton of Kong’s parents resting on the island. 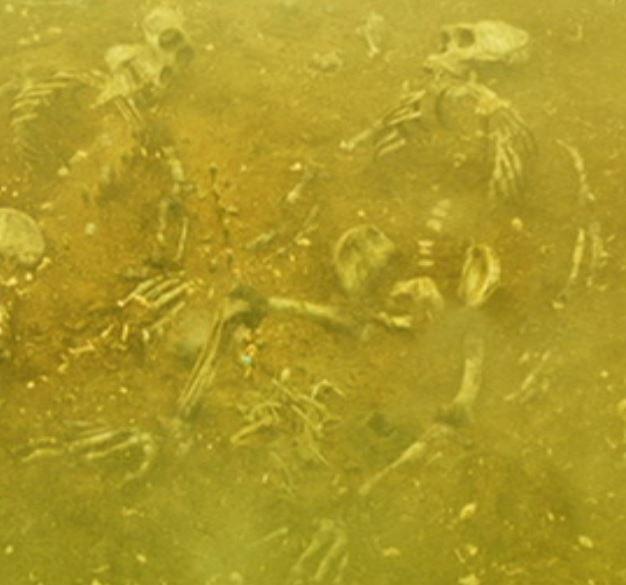 In the opening sequence of the 2014 Godzilla movie, the audience can see the cave painting of the two giant creatures that started it all. From here, many people have theorized that it could be Godzilla and its mother, but both Warner Bros. and director Gareth Edwards both failed to explain these parts of the story.

So, a DevianArt user named LegendFromTheDeep made a series of drawings explaining what will happen at the beginning of this story. While it’s hypothetical, it fits perfectly with the explanation of why Godzilla is the last of his kind alive and how it can survive alone for so long. 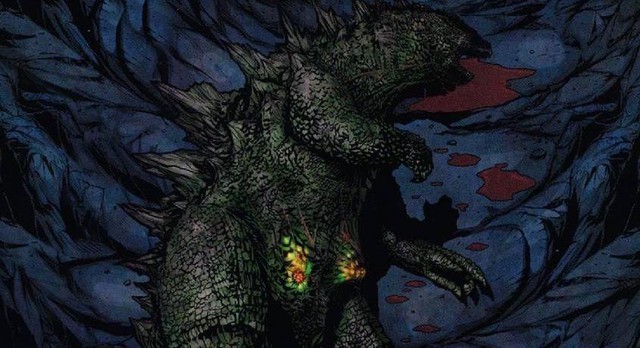 By appearance, Godzilla is an adult female, which has been discovered in Southeast Asia. Everything indicates that it was killed by an unidentified terrestrial creature (MUTO). MUTOs reproduce by laying eggs inside the Godzilla species. Witnessing his mother passed away in this way, baby Godzilla had no choice but to eat the flesh of his infected mother. This would probably kill it but apparently eating this flesh made baby Godzilla stronger and then it also ate the unhatched MUTO’s eggs.

In the end, Godzilla grew up to be the big monster we saw and started a war for survival with the MUTOs and other large monsters living nearby. While this is just a fan interpretation, it’s definitely better than attributing Godzilla’s evolution to nuclear shards from the World War.

While the movie is about a single monster, we also now have a version of Godzilla Earth, which appeared in the Netflix animated trilogy and is the most powerful Godzilla to date. In the Godzilla 2017 anime movie series, Godzilla Earth is 300 meters tall, 550 meters long and weighs over 100,000 tons. To make it easier to imagine, Godzilla Earth is 3 times bigger than Godzilla in the Monsterverse.